Here at the BHPL Reference Department, we keep getting high school students looking for something "good" to read to fulfill their A.P. U.S. History summer reading assignment. Well, "good" is a subjective term, but we know most students mean "short" for one thing when they say that. What follows is a list of entertaining, readable, fairly short, books about some aspect of American history. We hope this helps some student out there.

Please add to this list by clicking on "comment" and telling about your favorite. "good" American history book.

Ashes of Glory, Richmond at War by Ernest B. Ferguson (975.5 Fur) Life in the capitol of the Confederacy during the Civil War.

Confederates in the Attic, dispatches from the unfinished Civil War by Tony Horwitz (973.7 Hor) Reporter's humorous take on Civil War reenactments across the South.

The Day Lincoln Was Shot by Jim Bishop (Bio Lincoln) An hour by hour account of the President’s assassination.

Devil in the White City: murder, madness, and magic at the fair that changed America by Erik Larson (364.1523 Lar) A portrait of the 1893 Chicago World’s Fair and American life in that era.

Fire in the Lake, the Vietnamese and the Americans in Viet Nam by Frances FitzGerald
(959.7 Fit) One of the first and one of the best histories of that war.

General Washington’s Christmas Farewell, a Mount Vernon Homecoming 1783 by Stanley Weintraub (973.4 Washington) After the war, Washington steps down and resigns his commission rather than accepting a third presidential term.

Shadow Divers, the true adventure of two Americans who risked everything to solve one of the last mysteries of World War II by Robert Kurson (940.5451 Kur) In 1991, two scuba divers found a German U-boat wrecked off the coast of New Jersey in WWII.

To America, Personal Reflections of an historian by Stephen Ambrose (973 Amb) Highlights of American history from the Revolution to present day.

Tender at the Bone by Ruth Reichl is the BHPL selection for the July first meeting of the Friday Morning Book Group. Reichl writes about growing up in NYC and how she learned to cook, partly in self-defense, because her mother's cuisine could be lethal. If you liked Reichl's memoir, BHPL has other titles of interest in that vein.

Non-fiction that intersperses recipes with autobiography or travel writing is quite popular. Feeding a Yen, savoring local specialties from Kansas City to Cuzco by humorist Calvin Trillin is one of several he wrote about his favorite cuisines.
Hallelujah! the welcome table, a lifetime of memories with recipes by Maya Angelou has stories introducing each recipe.
In the mystery section, try the following authors whose detectives are in the food business.
Diane Mott Davidson, Phyllis Richman, or Virginia Rich. In the fiction section, try Like Water for Chocolate by Laura Esquival, Five Quarters of an Orange by Joanne Harris or Friendship Cake by Lynne Hinton.

The hype is starting for The Historian by Elizabeth Kostova which is about a family of historians who research Vlad the Impaler, the "real" Dracula. Movie rights have been sold. Expect demand.
Posted by Anne at 6/14/2005 05:27:00 PM No comments:

Email ThisBlogThis!Share to TwitterShare to FacebookShare to Pinterest
Labels vacation_reading

What to Read Next: the hardest question to answer 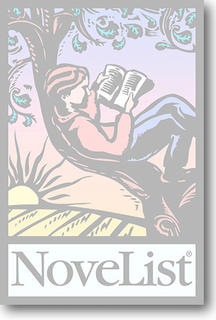 Reference librarians are still asked all kinds of questions despite the popularity of the internet , but the most challenging reference question is, "what should I read next?" BHPL has a whole collection of "readers' advisory" reference works and a database, NovelList, that help answer that question. Nancy Pearl, a now-retired Seattle Librarian, is the Queen of Readers' Advisory, as mentioned in a previous post. Lately I haven't been able to find a book that really grabs me. My pile of books have all been started and rejected. Nancy, help! So I turn in desperation to Pearl's Book Lust: Recommended Reading for Every Mood, Moment, and Reason. Since I just finished Balzac and the Little Chinese Seamstress, I turn to her chapter on 'Asian American Experiences.' She describes Donald Duk by Frank Chin; Gish Jen's Typical American; Gus Lee's China Boy; and Chang-rae Lee's Native Speaker.

http://www.bookblog.net is an online book discussion group worth looking at. Each month one member chooses a book and leads the discussion. The site has an archive of past book discussions.
My question with online book groups: who brings the food and wine?

I am doggedly plowing through the final part of The Other Boleyn Girl by Philippa Gregory. Most people loved the book and the book has been flying off the shelves at BHPL as well as other libraries. For me though, Anne Boleyn's demise and the end of the book can't come soon enough. She comes across as a fascinating, driven, ruthlessly ambitious and generally disagreeable person, but the style of the book falls somewhere between serviceable and deadly prose, IMHO.

At the same time, I am reading Balzac and the Little Chinese Seamstress about two young men dispatched to the countryside in China to be "re-educated" during the early 1970's. This book is well written, wryly funny and goes very quickly.

I just finished an offbeat book: The Schopenhauer Cure byIrvin Yalom which alternates chapters about a psychotherapy group and the life of the famously gloomy philosopher Arthur Schopenhauer. The book has a bit of a problem deciding whether it is a biography or a novel, but it was informative and completely different from most books I've read.

Also on my pile of books to be read are: Bill Bryson's African Diary; Library, an Unquiet History by Matthew Battles; several books on painting technique and keeping sketchbooks and Book Lust by Nancy Pearl, a librarian famous in the library world as a Reader's Advisor and also noted for having been the model and inspiration for the Librarian Action Figure with Amazing Shooshing Action which stands on a small shelf in my house next to a pile of miniature books in a kind of shrine to librarianship and reading.
Posted by Anne at 6/02/2005 03:30:00 PM No comments: