The Castaways by Elin Hildenbrand

Reading The Castaways by Elin Hilderbrand was kind of like seeing a car-B-Q on the highway. I inched along bored by a novel about the friendship of 4 married couples (having 8 main characters means some of them are going to be shallow, IMHO), but it was fascinating to watch them fall apart after the disaster.

The friends - a wealthy couple in real estate, a farmer and a cocktail waitress, two teachers, and the police chief and his wife - live year-round in Nantucket. The book begins with the drowning of Greg and Tess when they sail to Martha's Vineyard for their anniversary, their marriage having survived a scandal involving one of the members of Greg's female a capella group at school. What's more, the toxicology report shows that Tess, a kindergarten teacher who was a devoted mother of two, had opiates in her blood. 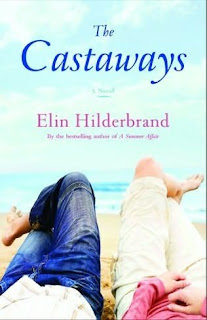 I probably screwed up this beach read by listening to it on audio. I could have read it a lot faster on my own and it wouldn't have felt as slow in the beginning.