Books into TV Series: you can borrow both from the library 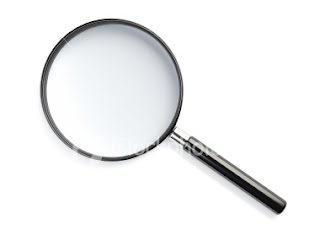 Mysteries rely on the setting to engage the reader - from country house to gritty urban locales to exotic places around the world, readers travel with their favorite detectives. Here are several dark and moody police procedural series that take place in northern England that have been turned into equally engaging television series.

'Vera,' based on the novels by Ann Cleeves, starring the irascible, but highly effective, police detective Vera Stanhope. Vera unflinchingly solves crimes in the windy chill of beautiful Northumberland, UK.

'DCI Banks,' another blunt and edgy police detective, comes to life based on the books by Peter Robinson. Banks solves crimes from the windswept and rainy moors of Yorkshire to the urban areas of Leeds.

Away from the wild moors and urban projects of Northern England, we go to the beautiful university city of Oxford to follow another character whose TV life became more well known than the books.
'Endeavour' imagines the early life of Inspector Morse, the Oxfordshire detective created by Colin Dexter.

The more whimsical comedy-drama, 'Midsomer Murders' is the long-running television series based on Caroline Graham's mysteries. There are more episodes of the television show by far than there ever were of Ms. Graham's books. Ms. Graham's and Mr. Dexter's books are out of print and hard to find, but well worth it if you can track them down.

Off to Scotland for the 'Shetland' series based on the novels of Ann Cleeves: 'Red Bones,' 'Raven Black,' 'Blue Lightening,' 'Dead Water.' Again the beautiful, but at times slightly menacing, landscape and weather makes a perfect backdrop for these mysteries.

To Sweden for more grey, windswept landscapes and a moody detective with 'issues', watch 'Wallander' based on the novels by Henning Mankell.

From mysteries to non-fiction and an urban setting, try 'Call the Midwife' based on the biography of an English midwife in post-war London, written by Jennifer Worth.

On a lighter note, try 'Miss Fisher's Murder Mysteries' based on the Phryne Fisher mysteries by Kerry Greenwood. The intrepid Australian Flapper solves crimes in post World War I Melbourne. The costumes and Victorian architecture are fantastic in this tv series.

Related Resources: Some of these books and movies can be found in our library catalog and some can be found on our downloadable resources listed on our All Things E page.