Loving Frank is a fictionalization of Mamah Borthwick's relationship with the architect Frank Lloyd Wright (written by Nancy Horan). Mamah and Frank met in Oak Park, IL when Mamah and her husband commissioned a prairie-style house from Frank Lloyd Wright. Mamah left her two young children to live with Frank in Europe, and then in Wisconsin, at Taliesen. 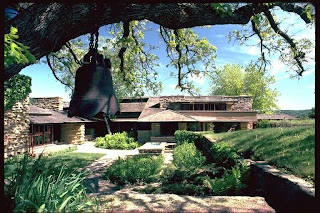 Loving Frank was difficult for me to read, because I sympathized with Mamah so much, and yet I despised Frank Lloyd Wright. When he didn't have the money to pay his workers, he told them that they should be honored to have the privilege of working with him, for one thing.

And Loving Frank reminds you that women's lives at the turn of the last century were really hard: women didn't get the right to vote until 1920, and the percentage of women who die in childbirth has declined 99% since the turn of the century.