Does Oscar Have a Library Card?

A lot has been written about the Academy Awards, including at least two unofficial histories (one of which bills itself as the "complete" unofficial history . . at least, it was the year it was published). Even Joan Rivers is represented in the Oscar literary canon (with Murder at the Academy Awards). While the books may be so-so, the films are a delight. There were too many films to include in this picture, so only some of the foreign film nominees/winners that are available at BHPL are shown. 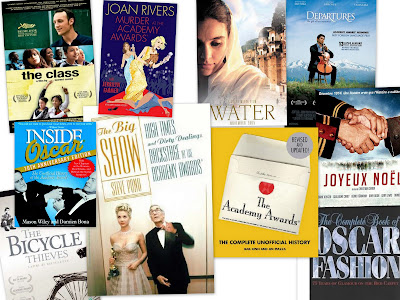