It's Ten P.M. Are your children practising violin 'til their fingers bleed?

Amy Chua's recent memoir, Battle Hymn of the Tiger Mother, which recounts her strict parenting style, has caused quite a stir lately. The New York Times scathing review reads:
"Ms. Chua was not about to raise prizeless slackers. She wanted prodigies, even if it meant nonstop, punishing labor. So “Battle Hymn of the Tiger Mother” chronicles its author’s constant demanding, wheedling, scolding and screaming."
Ms. Chua, a Yale law school professor, is an American-born Chinese and claims that her methods of child-rearing are in the Chinese tradition, which is debatable. Her suggestion that Western parents are too lax with their children raises the hackles of American mothers, but it also speaks to American fears of being overtaken by China says this week's cover story in Time Magazine. The book is a stew of stereotypes, but this title has risen to the top of the non-fiction best seller lists. It flew of the shelf at BHPL and has a number of holds.
On a related topic, this morning I read in the Star Ledger that the New Jersey Supreme Court ruled that slapping your teenager does not count as abuse.
"The parental decisions made within this family unit may not have been exemplars of stellar parenting, but they did not rise to the level of Title Nine violations," wrote Justice Jaynee LaVecchia, referring to New Jersey’s child abuse laws.

All this angst about child rearing techniques got me thinking. First of all, let me say that the Berkeley Heights Public Library is way ahead of the curve on this whole issue. The library has a "Parenting Collection" in the Children's Room which is popular. We select books that represent the spectrum of child raising opinions and advice from Spock to Brazleton to Penelope Leach.
When my first child was born, my mother-in-law gave me a copy of her generation's pediatric bible: Dr. Spock's Baby and Child Care; my OB gave me a Penelope Leach book and a cookbook by Jane Brody; the pediatrician recommended Fraiberg's The Magic Years and Bettleheim's The Uses of Enchantment; and my mother swore by Yale's Dr. Gesell. Not that I had much time to read all those books from cover to cover, but they all had something worthwhile to contribute to the child raising challenge. I found it hard to say to my child, "wait, let me look this up in Spock before I decide whether to give you a "time out" or a politically incorrect smack on the butt," but Spock came to the rescue when my toddler actually swallowed a penny. The index listed, "coins, swallowed" I recollect.  I also got to reminiscing about being raised during the Eisenhower years, possibly the last time when parental authority was still an admired, expected and sometimes achievable goal in America, but at the same time children enjoyed a level of freedom and unstructured playtime that seems rare these days. For example, just today I came across a website that explains how to go sledding in the snow. I'm sure it included safety tips. A friend of mine bemoaned that she did not see one child outdoors during the recent school snow day and she suspected that kids were sledding using a computer game simulation.

Related material: New York Times article about the evolution of child rearing theories.
Jane Brody's website with a link to the Good Food Book the doctor gave me.
A poster of Dr. Gesell studying a baby at the Yale Child Psychology Lab, is that  my mother in the audience?
An article about Selma Fraiberg, author of the Magic Years which my pediatrician recommended to better understand my kids' imaginations and fears. 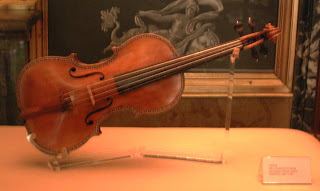 Anecdotes I wanted to include in this post: The time my mother, totally exasperated with The Brother Who Did Not Study Enough who kept putting a half-nelson hold on the Brother Who Studied a Lot, while he studied, called him out on this behaviour by accusing him of being a "nosy fuddy" and hitting him with an almost empty Kleenex box.  This resulted in gales of laughter by all of us and a great loss of authority on my mother's part.
The time The Brother Who Studied a lot, left a plastic boat of sand crabs in his underwear drawer for a week and mom hit him with a half-empty box of Saltines. Again gales of laughter at how painless this punishment was and many accusations about the shattered inedible crackers and jokes about my brother's hard head etc etc.
The time my mother caught the TV addict brother WATCHING TV ON A SCHOOL NIGHT so she cut the electrical cord off the TV which appalled even my TV-hating father.
And finally, the many tall tales my father told me in what he thought of as teachable moments but which took me years to find out were not true. No, spaghetti does not grow on trees in Pennsylvania and Antonio Stradivarius was not my Uncle Tony. Who knew?
Posted by Anne at 1/28/2011 01:03:00 PM

Parents must be able to guide their children properly. I think it isn't right that you let your children practice violin 'til their fingers bleed. It's awful.

This blog states in its policy that no comments which are for the sole purpose of advertising will be allowed. However, this comment was funny, intentionally or not I don't know. Also, I always think it's funny that our blog and twitter account invariable attract Berkeley, CA netizens. We are only separated by a continent and a great deal of Joisy attitude!