On Friday, July 22 at 7 p.m. the Next Stage Ensemble of the Shakespeare Theatre of New Jersey will perform an hour-long version of Moliere's comedy "Tartuffe." Due to tonight's extreme heat, the play will be held in the Berkeley Heights Community Center at 29 Park Avenue. Please bring your own lawn chair.

"When Orgon, a gullible and wealthy family man, invites the seemingly pious Tartuffe to stay at his home, he is convinced that he has joined a noble cause. Despite the warnings of his family and friends, Orgon holds his friend in the highest regard and showers him with gifts and money and even the offer of his daughter’s hand in marriage. The family soon lays traps to expose the true nature of the mysterious stranger. Will their efforts be too late?" (From the Next Stage Ensemble's press release.) 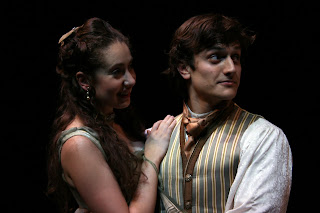 Here are some fun facts about Tartuffe.