Post-daylight Savings Monday Blues, but 3 Good Books Save the Day


Forgive me for ranting for a few sentences before I get to the book portion of this post.  It is Monday.  It is not just any Monday, however.  It is the Monday after Halloween so everyone is carefully avoiding the candy in the staff room.  It is the Monday after the end of Daylight Savings so everyone is already cranky anticipating the drive home in the dark.  Also, for me, it is the day to retrieve the October statistics, download the bank statement, and check the bills to be paid.   This is too much pressure for one day – especially Monday.  On a positive note, I have just finished reading three really, really good books.  Does this qualify as a trifecta, Triple Crown, hat trick, or bases loaded?  Or, is it just good luck?
When I first saw the title of The Secret Chord by Geraldine Brooks I thought of Leonard Cohen’s Hallelujah and, of course, had to find a recording.  The secret chord in the title is the same secret chord that “… David played and it pleased the Lord.”  The narrator is Natan, David’s prophet and confidant.  The story, from David’s youth through the end of his reign, is filled with family, battles, power, betrayal, love, loss, music, more battles, and spiritual visions.  As David’s biographer, Natan sees David as both a great king and a flawed man.  Geraldine Brooks has also written Year of Wonders and People of the Book.  She remains in my top five favorite list.
Loretta Young will be remembered as the epitome of beauty, elegance, and grace.  Adriana Trigiani captures the glamour, as well as the dark side, of the Hollywood studios by following the fictionalized career of Loretta Young.  All the Stars in the Heavens tells the story of how movies were made before special effects and animation.  She gossips about famous and infamous love affairs.  Clark Gable, Spencer Tracy and David Niven appear, disappear and re-appear throughout Miss Young’s life.  Her career takes her from Hollywood movies to success on the radio to the still early days of television.  Her story is not always happy and several of her decisions must be viewed in the context of a different time in this country and very different standards of how movie stars were expected to behave.  I raced through this book.
Sarah Vowell, in Lafayette in the Somewhat United States, describes herself as a “… historian-adjacent, narrative nonfiction wise guy.”  How true!  I recommended this book to a friend by saying that the author’s attitude is flippant and occasionally borders on being disrespectful to the Founding Fathers.  I love it!  I am reviewing history that I had forgotten and receiving a much more comprehensive overview of the participants in the Revolutionary War.  I’m glad that I know the ending in advance or I would be seriously nervous about the outcome.  Comparisons to the current political situation are timely and, at times, too accurate to be funny.  I am looking forward to reading Vowell’s earlier books. 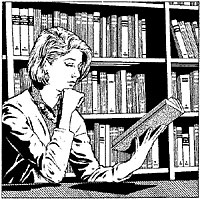