From the library director, Stephanie Bakos:

Before I start this post let me state that no, I do not know when we will be reopening.

As many of you know, BHPL is in the process of relocating to a temporary location for approximately two years while the new municipal complex is being built.  Our current home, a former convent/rectory, is proving as challenging as we expected.  We are dividing the collection (books, AV materials, internet computers) throughout the rooms and scattering tables and chairs wherever something will fit.  It will be a cozy two years.

This entire adventure has made me realize that I have spent the majority of my professional career in buildings that were never intended to be libraries.  East Windsor Library in Mercer County was my first job.  The library was originally the sales office for a housing development.  We joked about having 1.5 bathrooms.  The library was two rooms divided by a utility closet in the center.  The space for children’s materials was a tiny area separated from the main room by a counter holding a fish tank and hamster cage.  At some point the Mercer County Library system upgraded  – East Windsor moved down the street from the sales office and West Windsor moved out of an old church.

My next job was in an old barracks on Kilmer Campus (aka Camp Kilmer) in Piscataway.  The Center for Urban Policy Research had no insulation and limited heating.  The Center taught me the importance of rehabbing and reusing existing buildings.  However, I am pleased to report that the Center is now located near the State Theater in the middle of New Brunswick.

Finally, I arrived at Plainfield Public – designed and built to be a library. I felt lucky to work in such a lovely, but totally impractical building.  The pool and fountain court on the lower level absorbed noise and provided a soothing background, but added way too many steps to retrieve anything on the opposite side.  One time I had actually had a live otter program in the pool.  It also served as the perfect receptacle for the water leaking through the large skylight.  Also, think twice about designing a predominantly glass building on a main street with truck traffic.

BHPL came next.  The front half of the building dated to 1928 as Mt. Carmel Hall.  A large addition was added to both levels in 1965 and numerous small additions were added over the years.  My office had an interior cinder block wall and closed over window left from moving the entrance.    A stairway to nowhere is hidden behind a door in the Meeting room.  Building codes changed over the years as more attention was given to barrier free access and ADA regulations.

Once again, at some point in the foreseeable future, I will be moving again.  This time it will be to a beautiful, bright, compliant, inviting, user-friendly, and functional new space.  I could use more adjectives, but you get the idea.  It will be an adventure.
Posted by Berkeley Heights Public Library at 1/14/2018 12:53:00 PM No comments: 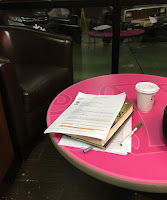 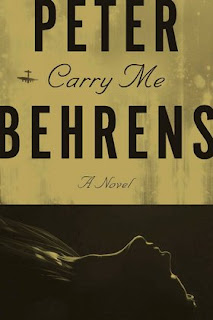