The Berkeley Heights Public Library has two book groups. The Evening Book Group's book selections over the years can be found on our website here. The Morning Book Group's lists are here. Librarians are often asked for book recommendations for local book groups. Here is a list of five books that each book group especially enjoyed in the last few years. Please ask our reference librarians if you would like more recommendations for your reading group.

Evening Book Group
All the Light We Cannot See by Anthony Doerr
The Storied Life of A.J. Fikry by Gabrielle Zevin
The Round House by Louise Erdrich
The Language of Flowers by Vanessa Diffenbaugh
We Have Always Lived in the Castle by Shirley Jackson 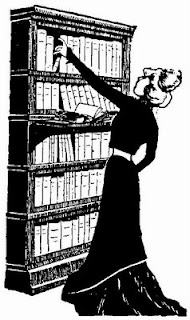 Morning Book Group
The Nightingale by Kristen Hannah
A Man Called Ove by F. Backman
Life After Life by Kate Atkinson
The Art of Racing in the Rain by Garth Stein
In the Garden of Beasts by Erik Larson

Other sources to consult for picking a book for a book group:
Reading Group Guides
GoodRead's Book Group Suggestions
Amazon Book Club Picks
Posted by Anne at 2/17/2017 11:21:00 AM No comments:

Simultaneous Reading is against My Reading Rules


If you have ever read one of my earlier posts, you know I have strictly enforced Reading Rules.  At the moment, however, I am reverting to bad habits.  Not reading more than one book at a time or becoming distracted halfway through a book are Rules I have been ignoring. Here is my current reading list:

A Man Called Ove by Fredrik Backman:  (Hoopla e-audio) To say that Ove is set in his ways is an understatement. The man is set in cement at the beginning of the story.  Listening to Ove has made me miss a very dear, very curmudgeonly patron who died several years ago.  I can almost hear John’s voice instead of the excellent narrator.

Home Sweet Home by April Smith:  (OverDrive eBook)  This book is set in South Dakota during the days when Joseph McCarthy’s hunt for communists and communist sympathizers turned neighbors against neighbors and made everyone seem somehow suspicious.  It is loosely based on actual events and a well-known libel trial.  The details of life in South Dakota, surviving natural disasters on a cattle ranch, made the story even more interesting.  The earlier story from the 50s and 60s ties into events in the mid-1980s.

Washington’s Farewell: the Founding Father’s Warning to Future Generations by John Avlon:   (OverDrive eBook)  Washington’s Farewell, when he announced that he was done serving as President and wanted to retire, as opposed to his first farewell from military service, was referred to and frequently quoted during the recent election.  It seemed time to refresh my memory and revisit Washington’s words, thoughtfully provided in an appendix.  The political scene was as frantic and frenetic then as it is now.  It was interesting to see the Founding Fathers jostling and evolving as the founding words had to be put into action and process.  I had forgotten that the Farewell was published in a newspaper and not presented as a speech.

Swimming Lessons by Mary Alice Monroe: (OverDrive eBook)  As a cat is easily distracted by shiny toys, I was distracted by a book by one of my favorite beach authors.  I enjoyed wrapping up in a blanket while visiting some familiar places in South Carolina, seeing some old friends, and catching up on the continuing struggles of loggerhead turtles.  I needed warm breezes from the ocean to relax after Ove’s frostiness, snow storms and floods in the heartland, and political firestorms when New York was still the capital city.

I may have already told this embarrassing story, but years ago I put down the book I was reading to make a cup of tea.  When I started reading again I was about twenty pages along before I realized I was reading the wrong book.  Somehow I hadn’t realized the characters had changed and I was in the middle of the Bataan Death March.  This is why I need to focus on one book at a time and not to try to juggle reading, listening, mixing fiction and non-fiction, and time traveling.  Reading Rules exist for a reason.

To find ebooks to borrow, go to our All Things E page for Hoopla, eLibraryNJ and more downloadable resources.

Database of the Month: Grangers Poetry


Monthly Featured E-Resource: Grangers Poetry
Happy February! Are you looking for the perfect love poem? Try Columbia Granger’s World of Poetry, the online resource for thousands of full-text poems including biographical information about the poet. The database is searchable by poet, title, keyword and theme. Searching the word ‘valentine’ in the text, we found,

‘Tomorrow is Saint Valentine's day,
All in the morning betime,
And I a maid at your window,
To be your Valentine.’

Go to our Database links at http://www.bhplnj.org/databases/ to find our full-text poetry database and dozens of other online resources for research, homework and entertainment. 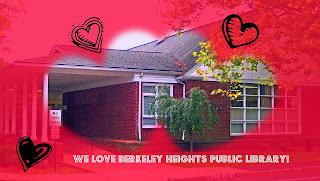 This post is an excerpt from this month's library newsletter, The Buzz, which can be found on our website  http://www.bhplnj.org/buzz/  You can subscribe to the newsletter as a monthly email by emailing reference at bhplnj dot org. Put 'Sign up for the Buzz' in the subject line. We don't sell our email list and we won't email you more than once a month with the Buzz, well, maybe twice with corrections or additions.