Faithful readers of this blog will know that the librarians in the Reference Department of this and other public libraries answer questions about any topic on earth to the best of our ability. Where is the 'Consumer Reports' issue about cars? How much is my used car worth? What is the cost value of this old stock certificate I found in my sock drawer? How can I open an offshore bank account to avoid taxes? (True question.)  If you click on 'Reference Questions' in the label cloud on the blog sidebar, you will find all the posts where we wrote about weird and interesting questions that we enjoy. The reference books you see in the pictures on this post are of local ordinances and rules about building codes. These books are used to help library patrons find information about building a deck or other construction issues. Truthfully, only a trained construction official can really slog through these codes without bursting into tears of frustration. These books will be going with the Reference Department to our new, temporary location because, much as we are perennially puzzled by the Deck Question, we can't go anywhere without our local building code books. 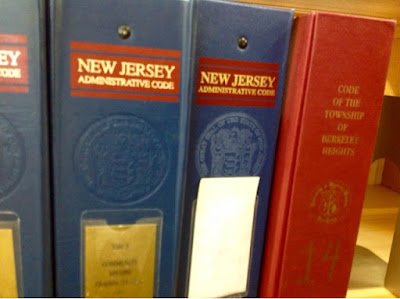 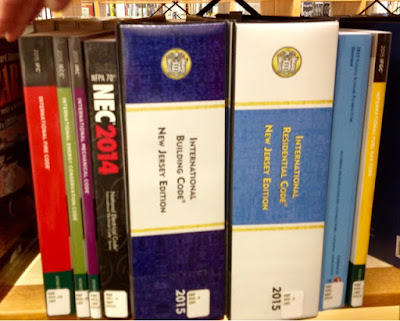 Our newest display, thanks to our Head of Circulation and Display Maven Extraordinaire, Ann-Marie, features funny books. If you are looking for something entertaining to read and to tickle your funny-bone, stop by the bookshelf near the Reference Desk and pick up a book by Bill Bryson, Erman Bombeck, George Carling, Mindy Kaling, Aziz Ansari, or other humorists.
The book 'Texts from Jane Eyre' looks interesting. The subtitle is 'and Other Conversations with Your Favorite Literary Characters.' For example Edgar Allan Poe explaining to a friend by text why he can't leave the house because of some bird. Hamlet sending depressed texts to a friend. Jo and Meg from 'Little Women' have issues. From early literature to Harry Potter's Ron and Hermione texting each other, this book will make you wonder what people in history might have texted if they'd had a smart phone. J/K (just kidding.) IMHO funny books are the best things for tough times. 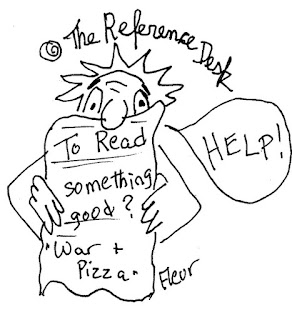 The Berkeley Heights Public Library launched its own app back in late 2011.  Back then our catalog was not easy to use on a smartphone, and neither was our web site.  After six years, the app is in need of technological updates, but upgrading doesn't make sense now that both the library's web site and its catalog have a mobile version that is designed to be displayed on small screens.


As of October 15, the Berkeley Heights Public Library app will not be useful anymore.  We wish it would self-destruct, but it won't - feel free to delete the BHPL app from your phone or tablet.  We can help you with that if you stop by the reference desk with your device. Or, you can just ignore BHPL app if you prefer.

So how do you search the library's holdings, renew your books & DVDs and check out our hours, upcoming events, etc. when you're not near a computer?  Open up your phone or tablet's browser (for example, on my iPhone I would use Safari) and navigate to the library's web site at http://bhplnj.org. This is what you will see: 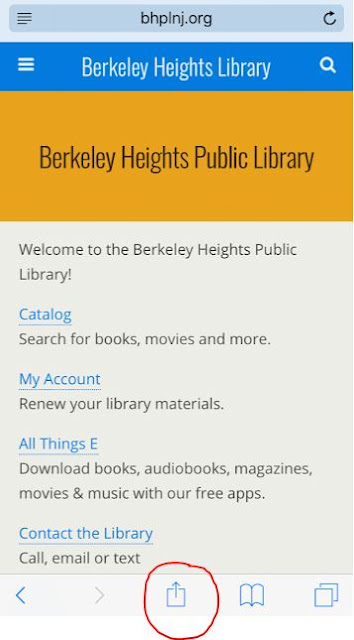 If you'd like to make an icon for the library's web page on your iPhone or iPad, tap the blue square with an arrow coming out of the top (I've circled in red, above). Then tap Add to Home Screen.  Voila - you can pretend it's a library app.