A  Berkeley Heights Public Library Timeline - the 59th anniversary of the referendum approving its creation as a municipal library approaches:


The Referendum: It was a pivotal referendum for Berkeley Heights; a library and a new name for the town was the outcome. 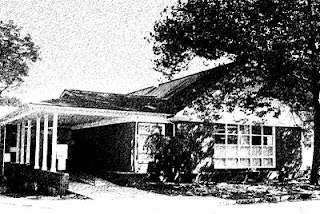 The Library Committee of 1946 displayed both tenacity and patience in achieving the goal of a municipal library in Berkeley Heights. Progress was not always fast or straight. Vincent Stabilis, a member of the original Library Committee and the first Board of Trustees, wrote about tedious and repetitious arguments and suggestions. At one point he despaired of ever having sufficient funds. He wrote “…without that omnipotent cash we will have to be satisfied with an airy library resting on the atmospheric foundations of a fleecy cloud.” The Library Committee persevered and their vision has endured.