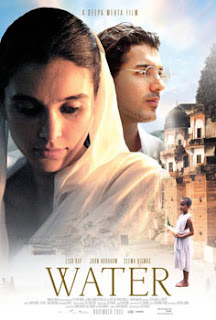 Come watch Water, the third film in Deepa Mehta's trilogy, at the library on Thursday night at 7 p.m. Set in 1930s India, it tells the story of Chuyia, an 8-year-old sent to live in a house of widows; Kalyani, a woman who tries to escape the social restrictions imposed on widows; and a high-caste follower of Gandhi who has a relationship with Kalyani. The film is rated PG-13 and is in the Hindi language with English subtitles.

Water, which was nominated for an Academy Award for Best Foreign Language Picture last year, had to be filmed in Sri Lanka after protests by fundamentalists in India stopped its filming.