Escape With a Celebrity Biography

The photographs usually found in the middle of biographies are always fun, especially the baby pictures or the pictures of the star as an awkward adolescent. Of these five stars, only Ms. Turner shares pictures of herself at less than gorgeous stages of her life - as a tooth-challenged first grader and as a fairly average-looking eighth grader. The rest of the time, she's a knock-out though. George Hamilton's book shows his first screen t 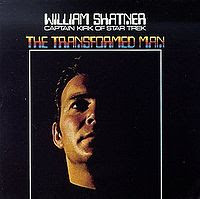 est report with the words "His ability to act is marginal." William Shatner notes that when dancing with an Orca whale, "the killer whale always leads." He also tells about recording his latest CD, Has Been, produced by Ben Folds, which got good reviews, much better than the album he made in the 1960's - The Transformed Man, which was so bad, it's good.
Posted by Anne at 3/06/2009 03:48:00 PM

Email ThisBlogThis!Share to TwitterShare to FacebookShare to Pinterest
Labels memoirs