More than Just a Party

The premise of Deborah Davis' book Party of the Century is the black and white masked ball that Truman Capote threw at the Plaza Hotel in 1966 for over 500 of his famous friends. More than just a record of the party, the book is a biography of Capote combined with a gossipy look at high society before it changed forever in the late 60s. It's about a time when the Social Register was about to meet its demise, when wealthy women had their own mannequin dress forms stored in Bergdorf Goodman's custom department and helped their powerful husbands choose a mistress. 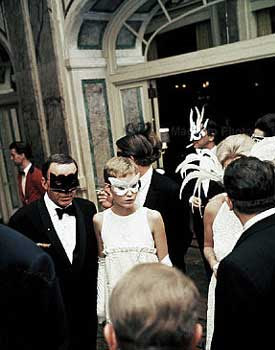 Frank Sinatra and Mia Farrow. Sinatra couldn't understand how Mia was still recognizable to photographers when she was wearing a mask. 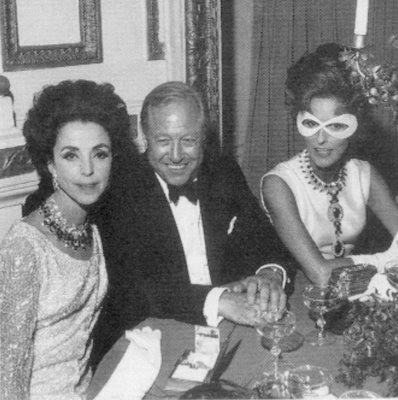 Capote's fascinating life is the other main focus of Party of the Century. After a few years of being locked in hotels and motels at night while his parents went out, Truman was left to be raised by his grandmother in Monroeville, Alabama. He made friends with Harper Lee, who got some of her inspiration for To Kill a Mockingbird from a farewell party that 8-year-old Truman threw himself. The costume party was held one night before his mother took him to New York to live with her new wealthy husband, and it was raided by the Ku Klux Klan. Truman Capote's "nonfiction novel," In Cold Blood, which is the story of a Kansas family murdered in their beds, propelled him to fame and fortune. Truman made friends with the killers Perry Smith and Dick Hickock, but was put in the moral dilemma of not being able to finish his book until they were executed. Because Truman became rich and famous from In Cold Blood, there were hints that Truman was exploiting the murders, and that his ball was in bad taste.
Posted by Ellen at 9/16/2009 08:26:00 AM