My Family and Other Animals

In My Family and Other Animals, naturalist Gerald Durrell writes about his family's years between the wars on the island of Corfu. At the impulsive suggestion of her son Lawrence, 23, his mother moved her eccentric family from rainy England to a sunnier climate where Gerry, the youngest at ten, ran wild with his dog Roger, collecting bugs and animals of all sorts and bringing them back to the rented villa to create havoc, upsetting Larry in particular, the future author who comes off as rather priggish and arrogant. Sister Margo concerned only with fashion and boyfriends; brother Leslie who likes to shoot game; Spiro, a helpful Greek-American; assorted tutors for Gerry, and various islanders populate the book, all odd and quirky individuals. The book concludes with a party at their villa which is disrupted when Gerry's collection of curious and destructive magpies, a belligerant Albanian seagull, the mother's female dog in heat pursued by a pack of neighborhood dogs, and assorted other critters escape and scare the guests. Mrs. Durrell does her best to pretend nothing is amiss while the family scurries around trying to round up the animals and finally the guests have another drink or three and the party goes on successfully until late at night. All par for the course in the Durrell family.
My Family and Other Animals is a funny memoir that makes the reader want to escape in time and space to Corfu of the 1930's, live with a family like the Durrells, swim in the phosphorscent sea at night, wander thhrough the olive groves with a dog, like the young Gerry. Tourists trying to recreate that experience will find Corfu still picturesque but much built up since those times, so I plan to watch BHPL's copy of the PBS version of the book and put Gerald Durrell's other Corfu books as well as his brother Lawrence's book Bitter Lemons, which is about his stay on Cyprus, on my list of books to read. 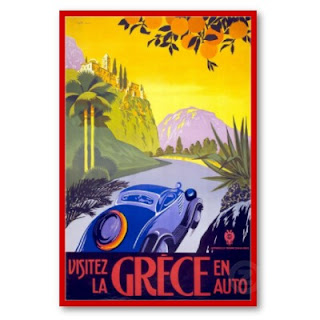