More Shakespeare in the Parking Lot

The Next Stage Ensemble of the Shakespeare Theatre of New Jersey presents an hour-long version of The Rover by Aphra Behn this Friday, August 6 at 7 p.m. in the parking lot behind the library. This often-overlooked classic of the 17th century theatre is directed by longtime Shakespeare Theatre company member Doug West. The Rover is recommended for ages 12 and up. Free, please bring your own chair. If it is pouring rain, the performance will take place at the Community Center at 29 Park Avenue, but if the weather is just iffy, stop by the library first. 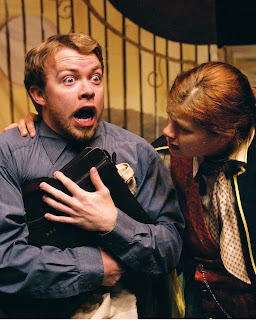 A 2009 performance by the Next Stage Ensemble

The Rover is full of action, swashbuckling adventure and true (and false) love. Through a series of intrigues and mistaken identities, the play’s young heroine uses her wit and imagination to prevail in a man’s world. According to Wikipedia,

The playwright, Aphra Behn, was a spy for Charles II in Antwerp, beginning in 1666 - the Second Anglo-Dutch War had broken out the year previous. Codenamed Astrea, she extracted valuable political secrets from her lover there. However, the English king did not pay her promptly, and she ended up in a debtor's prison in London. Later, Behn wrote for her living, the first woman in the English-speaking world to do so. (See the Wikipedia article for more information.) 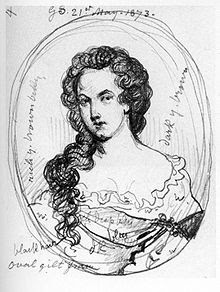