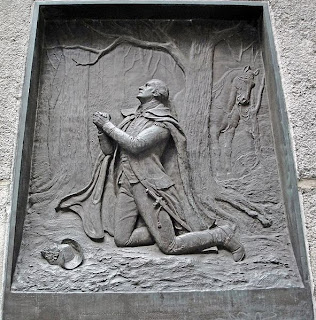 James Kelly's Washington in Prayer, at Federal Hall in New York. Kelly never made his planned bronze sculpture of Lincoln.
Posted by Ellen at 3/16/2012 06:08:00 AM