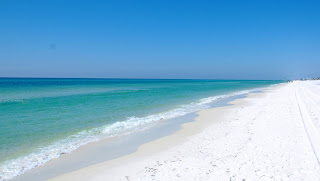 
To turn the clock back one more decade,  Judy Blume’s In the Unlikely Event  takes us back to the early 1950s in Elizabeth, New Jersey.  Three plane crashes and many deaths brought the city to a standstill.  You couldn’t live in Elizabeth without knowing someone who had suffered a loss or been somehow impacted by the tragic accidents.  Newark Airport was closed during the investigations.  In the Unlikely Event offers a precisely cut slice of life in 1950s Elizabeth in the same way that Blume’s Wifey offered a slice of Plainfield in the 1970s.
Many people know that TheGuernsey Literary and Potato Peel Society is one of my favorite books.  I  found  it so charming that I couldn’t decide if I had high expectations or no expectations for The Truth According to Usby Annie Barrows, co-author of TGL&PPS.  Once again I was speeding back in American history and, this time, I landed in the late 1930s.  The characters are as quirky as the small town is pretentious. The federal government is busy employing people through the WPA (Works Progress Administration) to move the economy forward at the same time a local factory is squashing any attempts to unionize.  I enjoyed the fictionalized history lesson; I enjoyed the main characters; I laughed when appropriate; I pondered the mysterious fire at the factory; I enjoyed the parts of the story told by letters to people we never met; and, I sympathized with any and all affairs of the heart.  However, I was more confused than charmed by the story as a whole.  Although my praise is so faint it may disappear from  the screen, I am glad I finished the book.
Although I never want summer to end, I am looking forward to The Girl in the Spider Web (David Lagercrantz continuing for Stieg Larsson) and The Secret Chord (Geraldine Brooks).  Fall always brings books to remind us that lazy reading is over and it’s time to get serious again.
- S. Bakos
Posted by Anne at 7/21/2015 05:10:00 PM