American on Purpose by Craig Ferguson

Listening to the audiobook American on Purpose by Craig Ferguson in your car is kind of like having the late-night show host as a passenger, telling you funny stories. It isn't all comedic though, because it's his autobiography. Ferguson grew up in the Glasgow suburb of Cumbernauld, "the second worst place to live in the UK," where as a teenager he had to tread carefully to avoid violence between Protestants and Catholics. And then there's the fact that he was a drug addict and an alcoholic. He's so cheerful about it though, joking about the "killer ducks" that he believed were after him during one LSD trip.

The early parts of the book are the most interesting, like the time Ferguson had a hit one-man show during the Fringe Festival in Edinburgh yet had to sleep in a photobooth at the train station. The end of the book is unexpectedly meaningful, when Ferguson reflects on becoming an American and knowing his American son won't grow up around sectarian conflict like he did. 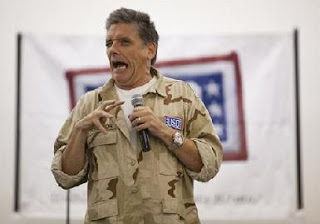 I read this book too and recommend it for all Ferguson fans as well as anyone who wants a good summertime celebrity autobiography.