Clean Up from Irene

The upper level of the library has reopened. The children's room and meeting room are still closed until further notice due to storm damage from Irene. BHPL will not charge overdue fines for items that were due between August 27 and September 6, when the library was closed. 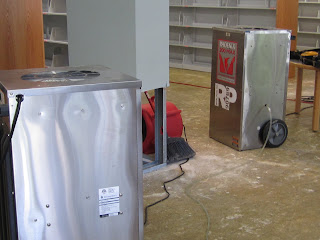 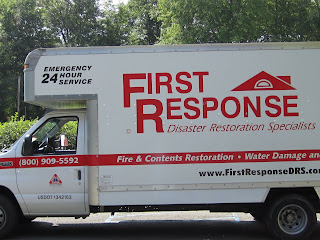 First the carpet was removed: 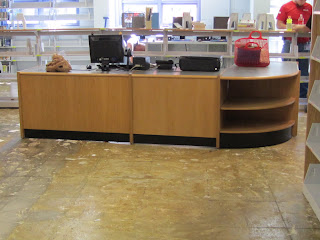 Then the floor was sanitized. 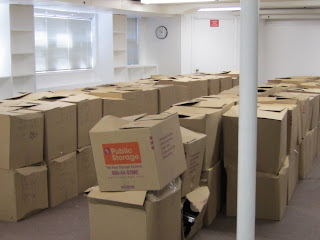 Children's books were boxed up and put in the meeting room. 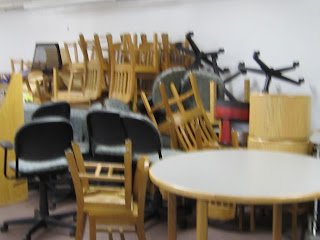 Chairs and tables were also been moved to the meeting room. 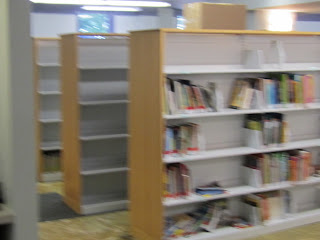 The library's online resources, such as downloadable audiobooks and ebooks, newspaper databases, and children's resources, are always available through your home computer. 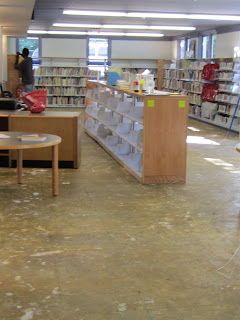 Yes, you might try some neighboring libraries that are open: Long Hill, New Providence and Chatham.

Thanks, Ellen for the updates. Sorry to hear about the hurricane related damage to BHPL. All good thoughts for a successful restoration.

Looking forward to the re-opening.

The blue background with flowers on this webpage makes it very difficult to read anything. Please change it to a different background that doesn't interfere with reading the website. Thanks

I love the blue background!