Here is the list of the most popular mysteries and thrillers of 2016 according to the GoodReads poll of its readers. Go to the GoodReads website for more lists by genre of the top 2016 books


The GoodReads' Mystery and Thriller 2016 WINNER is:
End of Watch by Stephen King 'The spectacular finale to the New York Times bestselling trilogy that began with Mr. Mercedes (winner of the Edgar Award) and Finders Keepers—In End of Watch, the diabolical “Mercedes Killer” drives his enemies to suicide, and if Bill Hodges and Holly Gibney don’t figure out a way to stop him, they’ll be victims themselves.' 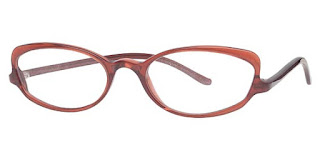 The Nominees were... (from most popular by GoodReads' votes to least votes)
End of Watch (Bill Hodges Trilogy, #3) by Stephen King
A Great Reckoning (Chief Inspector Armand Gamache, #12) by Louise Penny The Woman in Cabin 10 by Ruth Ware
Brotherhood in Death (In Death, #42) by J.D. Robb
Behind Closed Doors by B.A. Paris
Before the Fall by Noah Hawley
The Trespasser (Dublin Murder Squad, #6) by Tana French
All the Missing Girls by Megan Miranda
Fool Me Once by Harlan Coben
The Couple Next Door by Shari Lapena
The Last Mile (Amos Decker, #2) by David Baldacci
The Black Widow (Gabriel Allon, #16) by Daniel Silva
The Widow by Fiona Barton
The Vanishing Year by Kate Moretti
The Girl In The Ice (DCI Erika Foster, #1) by Robert Bryndza
The Kept Woman (Will Trent, #8) by Karin Slaughter
Into the Light (The Light, #1) by Aleatha Romig
Play Dead (D.I. Kim Stone, #4) by Angela Marsons
The Queen's Accomplice (Maggie Hope Mystery #6) by Susan Elia MacNeal
Redemption Road by John Hart