The War of the Worlds

On October 30, 1938, Orson Welles narrated and broadcast the radio version of H.G. Wells' novel of Martian invasion, The War of the Worlds. Terror ensued when people mistook the broadcast for news and thought aliens were landing in Grover's Mill, New Jersey.

Henry Morse, the Old-Time Radio Man, will replay the original radio drama here at BHPL on Tuesday, October 5 at 7 p.m. and recount the dramatic events that followed. (You may remember him from last year when he played an episode of The Shadow.) This program is free and open to the public. You can register here. 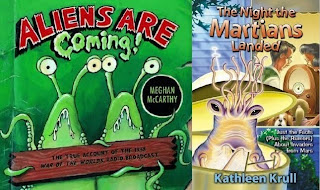